STAMFORD, CT (February 2, 2022) – CSMG, an integrated sports and entertainment media company focused on esports and traditional sports in the new creator economy, today announced two more appointments to its team: Adam Holzer as Vice President of Media Rights  and Gareth Hill as Vice President of Sponsorship Sales. The addition of Holzer and Hill serve as testament to CSMG’s commitment to driving the business performance of college athletic conferences and schools, providing them with a successful growth strategy and generating revenue.

“We are thrilled to welcome Adam and Gareth to the CSMG family. We are excited to tap into their experiences, relationships, and proven track records as we continue to build our client portfolio,” said Jim Connelly, Chief Revenue Officer for CSMG.

Holzer is a seasoned veteran with more than 25 years building and cultivating relationships in the media industry. Holzer has worked for FOX Sports, Turner Sports (Warner Media), Lagardere Sports & Entertainment and Learfield where he developed his expertise across media rights, advertising sales (TV, Digital, DOOH, Product Placement) and sponsorship.

He also was part of a select team of FOX executives who created and launched HULU. Holzer developed sales strategies for the launch of digital sites within the FOX Entertainment portfolio such as FX, National Geographic Channel, Speed Channel, FOX Sports and FUEL TV.

Holzer is a graduate of the University of Maryland Smith School of Business and resides in Closter, NJ.

“I’ve known Mike and Ray for many years and have been a big fan of what they have been building at CSMG. I’m excited to join their team to help serve their current and future clients,” said Holzer. “The media landscape is in constant flux and CSMG has proven to be a leader in advising and guiding their clients through these changes.”

Hill has crafted his ability to close sponsorship deals during his time at FIBA, IMG College, City Football Group, and Bloomberg LP. He is credited with large sponsorship deals and negotiations, including developing and implementing the first ever global ticketing partnership in the 90-year history of FIBA. During his time with IMG College, Hill delivered 192% of sponsorship revenue target for the college sports properties he represented, which followed a successful stint launching the sponsorship department at NYCFC where he generated over $1.5m of revenue for the nascent MLS team.

HIll is a graduate of Warwick University in England and NYU and resides in New York City.

“Having followed the impressive growth of CSMG since its inception, the time is right to be joining the team at such an exciting moment in the history of both the company, and college sports itself,” said Hill. “Mike and Ray have built a truly impressive organization and positioned CSMG at the forefront of the future of college sports, and I am tremendously excited to be a part of their continued success.”

CSMG is an integrated sports and entertainment media company focused on esports and traditional sports in the new creator economy.  We are an experienced, trusted results-driven team with a lens on what’s next. The focus of our business verticals – CSMG and ESPORTSU – is rooted in intellectual property rights management, acquisition and development through media rights, Name, Image, and Likeness (NIL), valuation services, licensing and sponsorship sales.  We offer expertise in developing communities through brand building, original content, and event production & management. We drive our partners’ success at the crossroads of tech, sports, entertainment and video games. To learn more, visit us at https://collegiatesmg.com/. 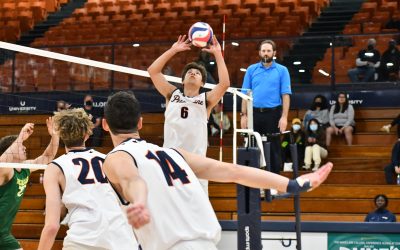 Leading Entrepreneurs of the World